The 1013 Artist formerly known as YUNGOUL (young ghoul) or “Ghouly”, has transformed into his new skin… Ghouly Voorhees!

So when looking for Ghouly’s Music, you can find Ghouly Voorhees Music on such sites like Amazon, Apple, YouTube, SoundCloud and on and on. Just look up by artist name. You may even find some rarities using the former “yungoul” as your search. But it has always been Ghouly for short and will continue forever as the artist known as Ghouly Voorhees. 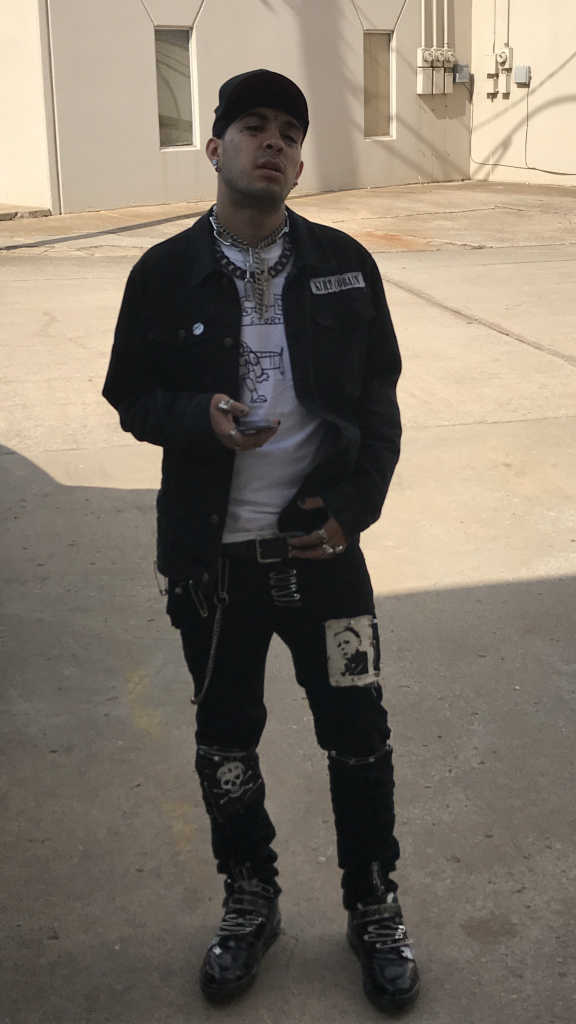 If you didn’t already know, Ghouly Voorhees has always been an integral part of the team here at 1013 Music and 1013 Studio Productions (Ten-Thirteen Studio Productions). This young, emerging Artist has had so much flavor and such an impact on us all! His range of music and genres is so diverse. From trap to hip-hop to sad boy and punk rock or alternative rock to grunge or enter name of genre here! Ghouly’s sound has always been unique and fresh no matter the genre of music created. As far as we are concerned, he has his own! And that style of music or genre of music will always be known the same as the name, Ghouly or the sound of Ghouly Voorhees!

It goes without saying but we’re saying it anyway…We are extremely excited for what today and the future brings from Ghouly. A BIG shout out to all of his fans! Thank You for your continued support! If you weren’t a fan before, you will be soon enough. It’s no surprise that this independent, eclectic, and unforgettable artistry comes from Orange County or Southern California where so many musicians, songwriters and bands have inspired and been heard the world over!

It took a lot from Ghouly to realize that love not take away from one in order to love another before the journey to find himself was realized that he is already found. That the soul-searching was more the missing parts of his life…his relationship with both of the halves of 1013.

Now Despite the dozens of friends whose lives were taken or who had taken their own, or those souls that succumbed to a force greater than they realized, Ghouly also known at the time as Yungoul, did not succumb.

The love lost, hurt felt and the darkness which proceeded found a new light. That is where we are today. It’s all reflected in his artistry. Ghouly’s stomping grounds was that of Costa Mesa, California. This is all just part of SoCal where he grew up, Just minutes from the tragic kingdom, also known as Disneyland. In the future we will have Special Ghouly Voorhees Venues and New Track Releases. So stay tuned…

“It is in the darkness that we find our greatest light”